How to use Environmental Orgone Devices by Ed & Roz. 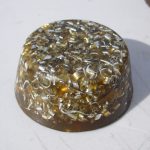 If you haven’t read how Orgone devices work, I suggest you read this page here first.

Orgone Tower Busters (TB’s) can be used to create boxed /rectangular layers of protection to transmute harmful electrosmog, radiation and to keep lower frequency negative paranormal entities outside of the boxed area’s. Study the image below and continue reading to get an idea of where to place Orgone Tower Busters on your average residential property. Because the quartz crystal radiates a high frequency scalar / tachyon energy field, most insect and rodents will stay clear of your Orgone’d property. Roz and I have been amazed at how well this works where we live on Gina’s Crystalline Acres in Cornville Arizona. 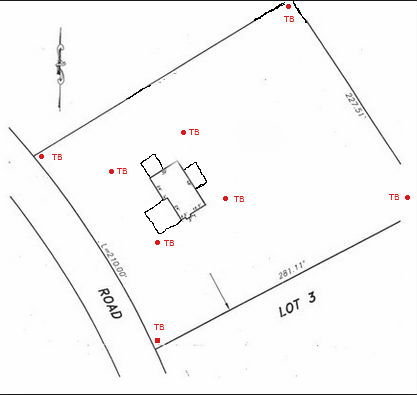 The idea, as mentioned above, is to create several box / rectangle layers of Orgone energy protection. Image A is a rectangular box being created by the 4 Tower Busters on the property corners and a second box with the 4 Tower Busters outside the building footprint for a total of 8 TB’s. Checkout our Tower Buster 12 Pak for homes in rural area’s on less than an acre.

Note: the above image using 8 TB’s (- a box in a box effect) will be sufficient for most residential properties out there. We have been successful keeping the creepster’s out of clients and friends homes with just 4 Tower Busters on the periphery and 1 under each bed. 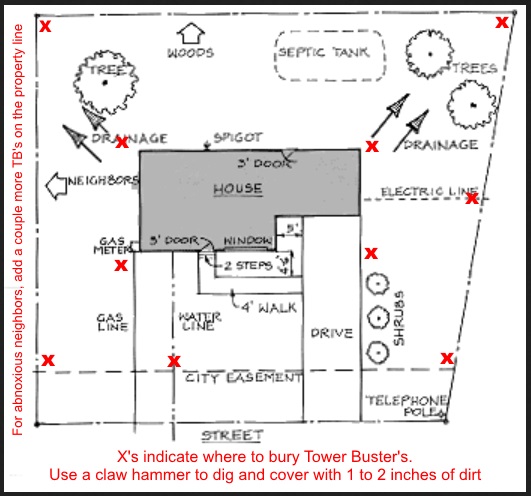 The above plot plan has 2 additional TB’s (10 total) at the water and gas lines entering the property. I’ve read several articles on EthericWarriors.com where this is recommended. Adding a couple of TB’s on the property line adjoining a raucous neighbor will result in calming them down or repelling them to move away.

If you live in a particularly negative area, you should consider strategic placement of TB’s around your neighborhood in a grid. Use your home as a center point and grid outward in a box in a box in a box fashion with additional TB’s along each side of the box as each box grows larger. Please share your experiences with us and we will post them on this website. I also recommend you place 4 TB’s in your vehicles. Open the hood and drop one down next to each headlight and do the same next to the tail lights. The effect will be noticeable and you effectively neutralize any negative entity attaching to it and following you home (read on). 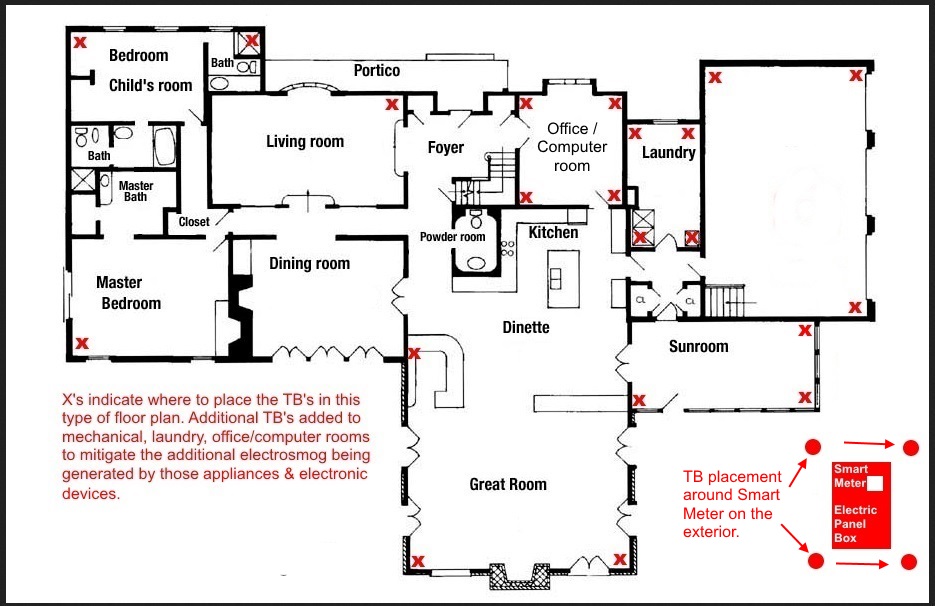 The above floor plan TB placements are all inside the building footprint and would be how Roz and I would have our residence / apartment if we were living in a high density population area like any major metropolitan area anywhere around the World. Note placing 4 TB’s outside around a Smart Meter. Update: We now offer Magnetized Tower Busters that will stick onto the metal electric box, around your Smart Meter. The TB’s in that configuration will neutralize the EMR spikes and continuously transform those EMF’s into positive life force energy.

The TB’s direct energy in through to wider base and out the other end. Checkout the image below. TB’s have the same shape and the result is the same. So by placing 4 TB’s with the base caulked or Velcro’d off the 4 corners of the Smart Meter / electrical panel box, you are drawing out of your building footprint and transmuting the harmful EMF’s (DOR) to positive orgone radiation (POR). We have a Tower Buster 24 Pak for placing TB’s in the Image C configuration.

Roz has a client friend who lives in Los Angeles California a block from the heart of town. Bill is a reluctant medium (a medium attracts paranormal activity) who has experienced feeling some very dark creepsters repeatedly over his lifetime. He had his car serviced sometime in February 2014 and later on that evening at his 1st floor apartment, he smelled a most disgusting putrid odor (he described it as sewage and rotting flesh) in the hallway outside his bedroom, as he walked to the kitchen, he felt a very dense, dark creepster presence that really struck fear in him.

He called Roz in a panic and through the conversation and remote viewing, she determined the creepster had attached to Bill’s car when it was being serviced. Long story short, we sent Bill 18 (?) Tower Busters and a Heart Plain piece along with a sketch Roz and I made (similar to Image C) of where to place the TB’s on the grounds, in his apartment and his car. He followed our sketch we laid out and the creepster visit’s have gone from several per month to completely stopped.

Bill has since purchased TB’s for his daughter Susan who lives in an old home on the east coast with similar issues. Susan was home alone when she distinctly heard the sound of a door opening, then closing quickly, being slammed shut. She went to investigate and saw nothing, but felt a bone shivering dark presence. She was so disturbed by this that she called the local police.

They came out and investigated the area and of course no intruder was found. She mentioned this event to Bill and he had me ship 8 Tower Busters to him before he flew off to the East coast to see Susan. While visiting Susan in August 2014 Bill buried 8 TB’s as per Image A above and the following happened.

Susan’s dog Goldie started going crazy, barking and digging outside the house as if trying to get at a nasty varmint. Goldie persisted for a couple days, then suddenly whatever was bothering her left the area. We talked to Bill at dinner recently and he reported Susan’s home has been completely peaceful since creating the box in a box effect with the TB’s. 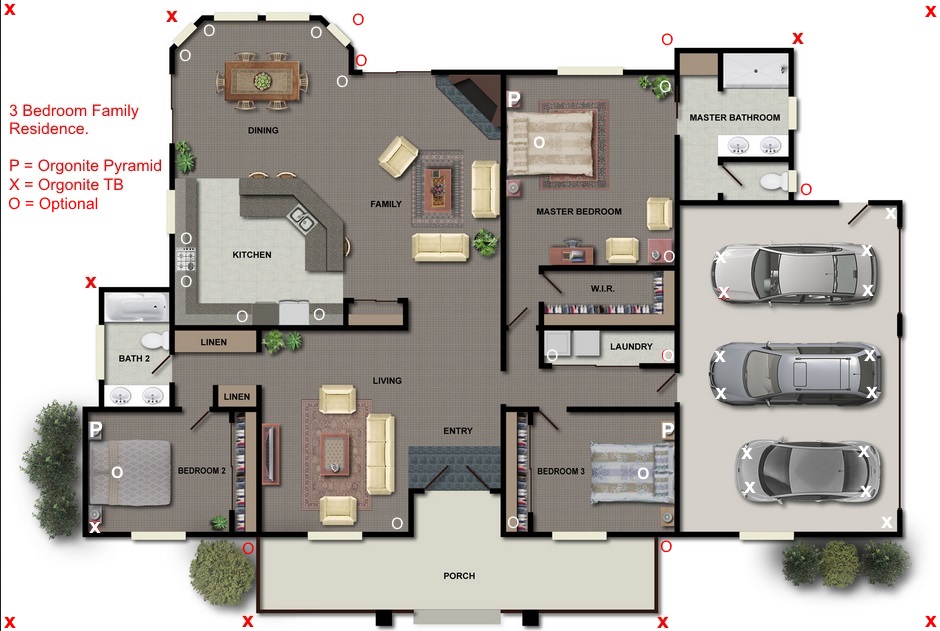 If you live in close proximity to a major electrical sub-station or near a nuclear power plant or have high tension power lines crossing your property or your home was constructed on ancient burial grounds or live on land with geopathic stress, I would use the TB and Pyramid placements in Image D. We also have a Tower Buster 48 Pak to help you mitigate high intensity electromagnetic radiation near your home or business environment.


How to use Personal Orgone Devices 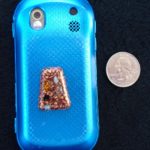 Electro-Magnetic Radiation and what you can do to mitigate.

Thrive Movement has a great info-graphic for cellphone use below. 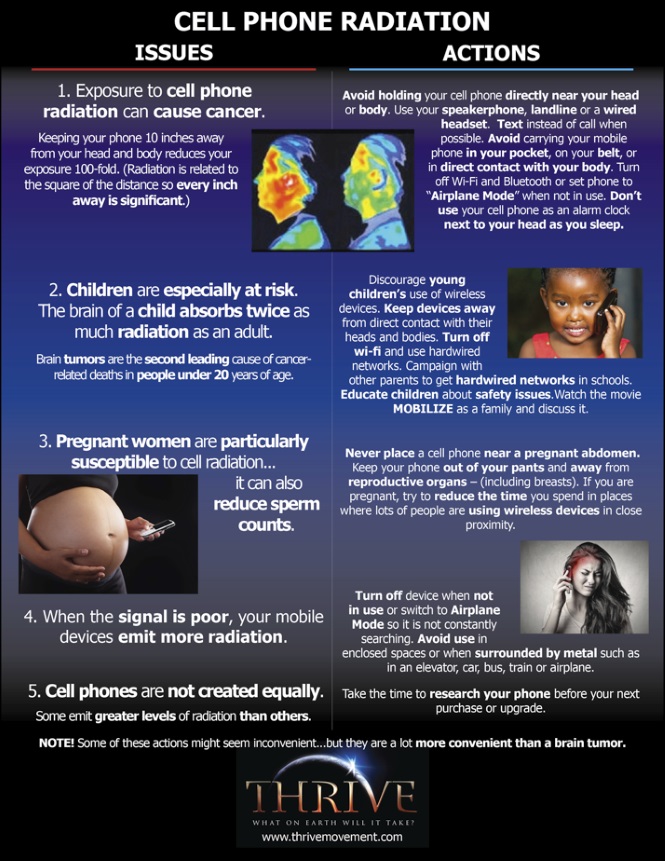 Watch the Mobilize Movie Trailer below.

Additional articles and pages of interest:

2 thoughts on “How To Use Orgone Devices”