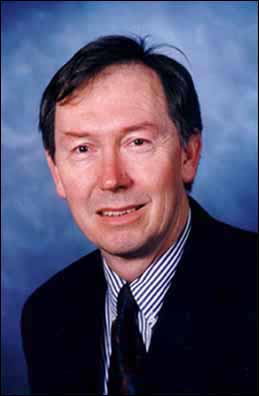 “Cherry (2002) predicted that since electrical workers and physiotherapists are occupationally exposed to electromagnetic fields that are about a million times higher than the Schumann Resonance signal, they would have higher rates of cancer, cardiac, reproductive and neurological effects. Multiple independent epidemiological studies confirm that this is true. It is also scientifically sensible and proven that placing a cellular telephone next to your head, producing a signal around a billion times stronger than the Schumann Resonance signal, causes serious alterations of brain activity, leading to elevated rates of a road accidents, headaches, nausea, dizziness, loss of concentration and memory, DNA damage and enhanced cell death rates, and significant increases in brain cancer rates.”

[Editor’s Note: I came across the name of Dr. Neil J Cherry of Lincoln University in New Zealand while researching Schumann frequencies and the heightened susceptibility to bodily damage from Electromagnetic Radiation (EMR), especially from microwaves of the cell phone variety. While I found Dr. Cherry’s name and a few studies (latest 2002) ascribed to him, I noticed that the links leading to his studies always came up “not found” or “404”. When I did a search on the link url at archive.org, it also came up “not found’.

Now I’m getting a little suspicious that someone doesn’t want me to find any studies authored by Dr. Neil Cherry on the health risks associated with microwave radiations, so I spent more time digging on the internet. It took a couple of hours, but I eventually found what I was looking for. I won’t indicate here where I  found them because I’m concerned that those links may disappear too. However, I will reprint this 2001 report from Dr. Cherry that makes it abundantly clear just how risky and dangerous it is to use a cell phone on any regular basis-especially for children who stand the greatest chance of short and long term damage over any other group of cell phone users.

I’m under the impression that Dr. Cherry died sometimes after 2002. As of yet, I do not know the details of his death, nor his age, but I plan to look into it. It’s obvious from the voluminous amount of hard scientific data quoted by Dr. Cherry -in all of his studies- that using cell phones is extremely risky to one’s health, and it would seem that the continued existence of Dr. Cherry may have been an ‘inconvenient ‘ risk for the cell phone industry and the secret government agendas connected with the proliferation of cell phone towers around the world.

2) The second 7 minute video clip from Australia is a news report on the connection between cell phone usage and cancer inducement in young children. ()

[Update, July 6, 2012: Both of these videos are no longer are available on Youtube. The note says:

Yeah, right. I wonder WHY the user closed his account? Maybe the video demonstrated too VISUALLY just how seriously you are radiating your brain whenever you hold a cell phone to your ear and somebody doesn’t want the public to see that]

Study Neil Cherry’s report carefully and then ask yourself: Do you really want to continue to use a cell phone or worse, give one to your child?

Thousands of people are using cell phones for hours each day. They are exposing a very sensitive organ, their brain, to higher mean intensities than military personnel are exposed to when repairing radar. The military personnel show significant increases in cancer and a wide range of illnesses.  Even at the very low mean levels that people experience living within 10 km of radio and TV towers, significant increases in cancer has been observed.

Many people continue to drive while talking on their cell phones. Attention deficit and neurological effects on the user’s brain make accidents much more likely.

Very young children and teenagers are becoming regular to heavy users of cell phones while their brains and bodies are in a much more vulnerable state than elderly people. With cancer and neurodegenerative disease latencies of decades, the possible adverse effects will take some time to become evident. By which time it will be too late for thousands of people.

Radiant energy is absorbed into human bodies according to three main processes. The first is the Aerial Effect where bodies and body parts receive and absorb the RF/MW signal with resonant absorption that is a function of the size of the body parts and the wavelength of the RF/MW signal. For an adult male about 1.8 m tall the optimal absorption frequency is close to 70 MHz, Figure 1. This has a wavelength of 4.3m. The body acts like a half-wave dipole interacting strongly with a half wavelength close to the body size. A monkey interacts with a wavelength of 1m and a half wavelength of 0.5m. This is similar to the absorbency of a human child.

The Aerial effect also relates to body parts such as arms and heads. A typical adult head has a width of 15 cm. This is a half wavelength for a 1 GHz microwave signal, close to that used by most cell phones.

Other Topics of Interest:

Category: Educate-Yourself.org
All Products Are Made By Ed In Cornville Arizona