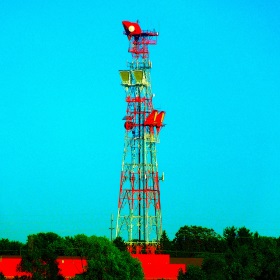 Prior to 1996, the wireless age was not coming online fast enough, primarily because communities had the authority to block the siting of cell towers. But the Federal Communications Act (1996) made it virtually impossible for communities to stop construction of cell towers —even if they pose threats to public health and the environment.

Since the decision to enter the age of wireless convenience was politically determined for us, we have forgotten well-documented safety and environmental concerns and, with a devil-may-care zeal that is lethally short-sighted, we have incorporated into our lives every wireless toy that comes on the market as quickly as it becomes available. We behave as if we are addicted to radiation. Our addiction to cell phones has led to harder “drugs” like wireless Internet. And now we are bathing in the radiation that our wireless enthusiasm has financed. The addicted, uninformed, corporately biased and politically-influenced may dismiss our scientifically-sound concerns about the apocalyptic hazards of wireless radiation. But we must not. Instead, we must sound the alarm.

Illa Garcia wore jewelry the first day she went back to work as a fire lookout for the state of California in the summer of 2002. The intense radiation from dozens of RF/microwave antennas surrounding the lookout heated the metals on her body enough to burn her skin. “I still have those scars,” she says. “I never wore jewelry to work [to her job] after that.”

Likely Mountain Lookout, on U.S. Forest Service land with a spectacular view of Mount Shasta, is one of thousands of RF/microwave “hot spots” across the nation. A newly-erected cellular communications tower was only 30 feet from the lookout. “One antenna on that tower was even with our heads,” recalls Garcia. “We could hear high-pitched buzzing. There were also three state communications antennas mounted on the lookout, only 6 feet from where we walked. We climbed past them every day.”

Motorola company manuals for management of communications sites confirm that high frequency radiation from these antennas is nasty stuff. Safety regulations mandate warning signs, EMF awareness training, protective gear, even transmitter deactivation for personnel working that close to antennas. Garcia and co-worker Mary Jasso were never warned about the hazards which, they say, demonstrates extreme malfeasance on the part of agencies and commercial companies responsible for their exposure.

By the end of fire season, Garcia and Jasso were so ill they were forced to retire and the lookout was closed to state personnel. Garcia, 52, is now severely disabled with fibromyalgia, auto-immune thyroiditis and acute nerve degeneration. Medical tests confirmed broken DNA strands in her blood and abnormal tissue death in her brain.

Dr. Gunner Heuser, a medical specialist in neurotoxicity, states that Garcia’s disorders are a result of chronic electromagnetic field exposure in the microwave range and that “she has become totally disabled as a result.” Dr. Heuser said, “In my experience patients develop multisystem complaints after EMF exposure just as they do after toxic chemical exposure.”

Jasso, who worked the lookout for 11 seasons, is now disabled with brain and lung damage, partial left side paralysis, muscle tremors, bone pain and DNA damage. Jasso discovered that all lookouts who worked Likely Mountain since 1989 are disabled. At only 61 years of age, she has lost so much memory that she cannot remember back to when her first three children were born. She fears that communications radiation may be a major factor in the nation’s phenomenal epidemics of dementia and autism.

Both women say they have been unjustly denied worker’s comp and medical benefits. Their pleas for help to state and federal agencies have been fruitless. Between them they have racked up over $150,000 in medical bills, although there is no effective treatment for radiation sickness.
Twenty-two other members of Garcia and Jasso’s two families received Likely Mountain radiation exposure. All suffer serious and expensive illnesses, including tumors, blood abnormalities, stomach problems, lung damage, bone pain, muscle spasms, extreme fatigue, tremors, numbness, impaired motor skills, cataracts, memory loss, spine degeneration, sleep problems, low immunity to infection, hearing and vision problems, hair loss and allergies.
Jasso’s husband, who often stayed at the lookout, has a rare soft tissue sarcoma known to be radiation related. Garcia’s husband, who spent little time at the lookout, has systemic cancer that started with sarcoma of the colon. Garcia’s daughter Teresa was at the lookout for a total of two hours during her first pregnancy. Her daughter was born with slight brain damage and immunity problems. “That baby was always sick,” says Garcia. Teresa spent only three days at the lookout during her second pregnancy. Her son was born with autism.

Garcia and Jasso also have a terminal condition known as “toxic encephalopathy,” involving brain damage to frontal and temporal lobes. This was confirmed by SPECT brain scans. Twelve others in the two-family group who also had the scans were diagnosed with the affliction. “All of us with this condition have been told that we’re dying,” says Garcia. “Our mutated cells will reproduce new mutated cells until the body finally shuts down.”

Nuclear bombs on a pole

Painful conditions endured by the families of Garcia and Jasso are identical to those suffered by Japanese victims of gamma wave radiation after nuclear explosions at Hiroshima and Nagasaki in 1945. Five decades of studies confirm that non-ionizing communications radiation in the RF/microwave spectrum has the same effect on human health as ionizing gamma wave radiation from nuclear reactions. Leading German radiation expert Dr. Heyo Eckel, an official of the German Medical Association, stated, “The injuries that result from radioactive radiation are identical with the effects of electromagnetic radiation. The damages are so similar that they are hard to differentiate.”1

Understanding what happened at Likely Mountain is critical to understanding the public health threat posed by radiation in the United States. The families of Garcia and Jasso, plus previous lookout workers and multitudes of tourists who visited Likely Mountain for camping and sightseeing, were beamed by the same kind of high frequency radiation that blasts from tens of thousands of neighborhood cell towers and rooftop antennas erected across America for wireless communications. The city of San Francisco, with an area of only seven square miles, has over 2,500 licensed cell phone antennas positioned at 530 locations throughout the city. In practical terms, this city, like thousands of others, is being wave-nuked 24 hours a day.
The identical damage resulting from both radioactive gamma waves and high frequency microwaves is a pathological condition in which the nuclei of irradiated human cells splinter into fragments called micronuclei. Micronuclei are a definitive pre-cursor of cancer. During the 1986 nuclear reactor disaster at Chernobyl in Russia, the ionizing radiation released was equivalent to 400 atomic bombs, with an estimated ultimate human toll of 10,000 deaths. Exposed Russians quickly developed blood cell micronuclei, leaving them at high risk for cancer.

What they wouldn’t tell us

The telecommunications industry knows this thanks to its own six-year, wireless technology research (WTR) study program mandated by Congress and completed in 1999. Gathering a team of over 200 doctors, scientists and experts in the field, WTR research showed that human blood exposed to cell phone radiation had a 300-percent increase in genetic damage in the form of micronuclei.3 Dr. George Carlo, a public health expert who coordinated the WTR studies, confirms that exposure to communications radiation from wireless technology is “potentially the biggest health insult” this nation has ever seen. Dr. Carlo believes RF/microwave radiation is a greater threat than cigarette smoking and asbestos.

In 2000, European communications giant T-Mobile commissioned the German ECOLOG Institute to review all available scientific evidence in regard to health risks for wireless telecommunications. ECOLOG found over 220 peer-reviewed, published papers documenting the cancer-initiating and cancer-promoting effects of the high frequency radiation employed by wireless technology.4 Many corroborating studies have been published since.

By 2004, 12 research groups from seven European countries cooperating in the REFLEX study project confirmed that microwaves from wireless communications devices cause significant single and double strand DNA breaks in both human and animal cells under laboratory conditions.5 In 2005, a Chinese medical study confirmed statistically significant DNA damage from pulsed microwaves at cell phone levels.6 That same year, University of Chicago researchers described how pulsed communications microwaves alter gene expression in human cells at non-thermal exposure levels.7
Because gamma waves and RF/microwave radiation are identically carcinogenic and genotoxic to the cellular roots of life, the safe dose of either kind of radiation is zero. No study has proven that any level of exposure from cell-damaging radiation is safe for humans. Dr. Carlo confirms that cell damage is not dose dependant because any exposure level can trigger damage response by cell mechanisms.8

Officials at the U.S. Food and Drug Administration and the National Institutes of Health closely reviewed the damning results of WTR studies, which also revealed microwave damage to the blood brain barrier, but have chosen to downplay, obfuscate and even deny the irrepressible science of the day. Raking in $billions from selling spectrum licenses, the feds have allowed the telecom industry to unleash demonstrably dangerous technology which induces millions of people to become brain-intimate with improperly tested wireless devices9 and which saturates the nation with carcinogenic waves to service those devices. Dr. Carlo says that even the American Cancer Society is in bed with the communications industry, which infuses the Society with substantial contributions.10

Medical science illustrates that there are two ways to die from radiation poisoning: Fast burn and slow burn. Nuclear flash-burned Japanese had parts of their flesh melt off before they died in agony within hours or days. People have also quickly died after walking through powerful radar beams, which can microwave-cook internal organs within seconds of exposure.

Communications antennas blast the human habitat with many different electromagnetic frequencies simultaneously. Human DNA hears this energetic cacophony loud and clear, reacting like the human ear would to high volume country music, R&B plus rock and roll screaming from the same speaker simultaneously. Irradiated cells struggle to protect themselves against this destructive dissonance by hardening their membranes. They cease to receive nourishment, stop releasing toxins, die prematurely and spill micronuclei fragments into a sort of “tumor bank account.”

Other Articles of Interest:

Category: Healthy Info
All Products Are Made By Ed In Cornville Arizona